Director of Academic Affairs and Associate Professor of English and Women's, Gender, and Sexuality Studies
aea13@psu.edu 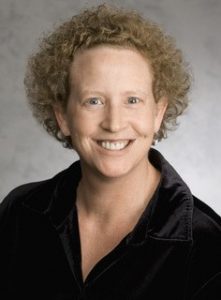 My research focuses on women’s fiction and culture of 20th-century Britain, and my first book, Food and Femininity in Twentieth-Century British Women’s Fiction, as well as several of my scholarly articles, examine the use of food as a trope that allows authors to discuss female embodiment and sexuality.  My recent and ongoing work, stemming from a chapter in the earlier book, more specifically examines British women’s fiction of the World War II era, and I am at work on a second book that illustrates how this literature documents the impacts of public, governmental discourses of household and sexual management on women’s increasing public roles during wartime.  Through archival and other primary research related to food rationing and government campaigns focused on women as the bearers of sexually transmitted diseases, the multiple desires of British women during WWII emerge as conflicting and often as entirely oppositional to the dominant discourse of nationalism during the “people’s war.”