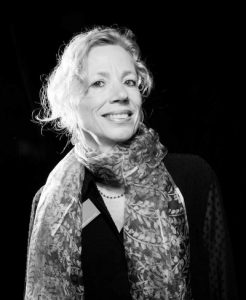 Jennifer Wagner Lawlor specializes in utopian and speculative literature – with a focus on feminist utopianism. Her publications deal primarily with contemporary women’s literature—though she began her career teaching and writing about nineteenth-century British literature.  Her most recent book, Postmodern Utopias and Feminist Fictions, appeared in August 2013 from Cambridge University Press.

Her current research looks at the intersection of literature, philosophy and the environment, particularly the literature of climate change. She is also working on a project on the concept of plasticity, in the context of contemporary studies of cognition, and in the more literal context of plastics in our environment.

The Scandal of Susan Sontag, co-edited with Barbara Ching. (Columbia, 2009)

Exhibit curation. (2012). “This Way to Utopia,” an exhibit at the Rare Books and Manuscripts Library at the Penn State University Libraries,  October 19, 2011-March 2012. Selected texts and wrote exhibit labels for two display cases, entitled “DARING TO DREAM”: Sex, Gender and Utopia (case 1); and “And in the End … ”: Gender, History, and the “Ends” of Feminist Speculation (case 2).