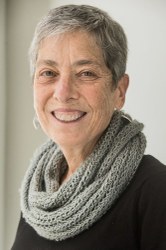 Lori Ginzberg is a historian of nineteenth-century American women with a particular interest in the intersections between intellectual and social history.  Her research has focused on the ways that ideologies about gender obscure the material and ideological realities of class, how women of different groups express political identities, and the ways that commonsense notions of American life shape, contain, and control radical ideas.  She has written several books, including Elizabeth Cady Stanton: An American Life (Farrar, Straus, Giroux, 2009) and Untidy Origins: A Story of Woman’s Rights in Antebellum New York (UNC Press, 2005).  She has taught in Penn State’s departments of History and Women’s, Gender and Sexuality Studies since 1987, serving as WGSS graduate officer and as the faculty advisor for numerous Ph.D. students.  She lives in Philadelphia, where she is finishing her next book, tentatively titled Tangled Journeys: One Family’s Story and the Making of American History.

Prof. Ginzberg has spoken and written widely about the centennial commemoration of the passage of the 19th amendment to the U.S. Constitution.  A few examples include:

A National Constitution Center conversation on the life and legacy of Elizabeth Cady Stanton.

“Radical Imaginings: The View from Atop a Slippery Slope,” special issue of the Journal of Women’s History on “What Difference did the 19th Amendment Make?” (spring 2020)

“Mainstreams and Cutting Edges,” Journal of the Early Republic (Summer 2016)