She received her Bachelor of Arts in Media Studies and French with a Minor in Women’s Studies in 2000.
whitney@psu.edu 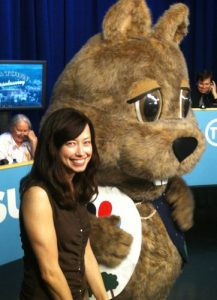 Whitney Chirdon joined WPSU in 2001, and is currently a senior producer/director, working in the television broadcasting side of Penn State Public Media, which serves all of central Pennsylvania and parts of southern New York.

As a 2000 graduate of Penn State, with a double major in French and Media Studies, and a minor in Women's Studies. She concentrated on women in francophone countries for most of her courses in the French major, and for the Media Studies degree, focused on representations of women in mass media. Looking back on her time as a student, she recalls that the women’s studies faculty were always open to dialogue and debate in the classroom, which was something she had always hoped to find in college. She also counts these among the most memorable classes of her four years as a Penn State student.

Today, Whitney feels fortunate to work in a creative field, producing programs with the mission of engaging audiences around issues of local, national and global concern. She interacts with faculty quite often, working with them as guests on programs like Conversations LIVE and After Abbey. She feels privileged to meet women in the region and to be able to capture and share their personal stories and expertise. If not for public television, many of these stories would go largely unheard.